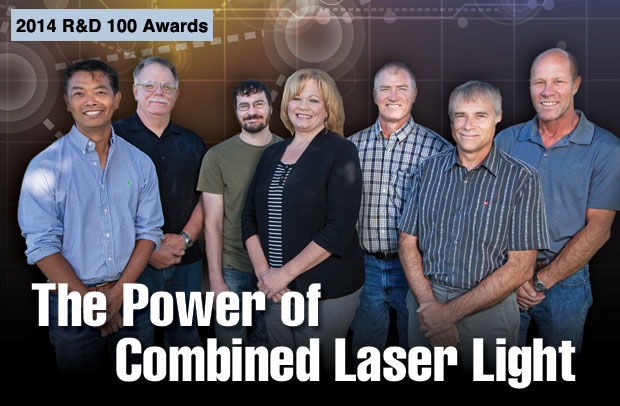 From their use in technologies as simple as laser pointers to as complex as the National Ignition Facility, lasers have a wide range of applications in today’s world. Typically, laser-based devices rely on a single-output system, where the laser is produced from a solitary source and then amplified through sophisticated optics. In contrast, spectral beam combining (SBC) is a technique in which several individual beams with nonoverlapping optical spectra are combined to produce one high-power beam.

SBC systems generally use fiber lasers as the beam source because they are robust, efficient, and compact. Fiber lasers can also operate over a range of wavelengths. The lasers are coupled with a dispersive optical element, such as a diffractive grating or prism, which can deflect incident beams according to each beam’s wavelength and spatially overlap the beams so that they propagate in the same direction. However, these optical elements typically cannot handle the higher power needed for advanced material processing applications, scientific research, and certain military purposes.

Scaling Up the Power

An SBC system that can effectively combine diffraction-limited beams of varying wavelengths into a single beam with broad gain bandwidth provides a straightforward approach to power scaling. Until EXUDE, the output power of SBC systems was limited by the ability of the beam combiner to minimize power loss. EXUDE is a precisely designed and fabricated surface-relief grating structure embedded into the topmost layer of a highly reflective, ultralow-loss, multilayer dielectric thin film.

EXUDE combines the beams from many laser sources of the same type, in particular fiber lasers, wherein the sources operate at specific wavelengths. The operating wavelength and incidence angle of each fiber laser is tuned to a precise value so that all of the output beams overlap to produce a single beam. Because fiber lasers can produce nearly diffraction-limited beams at very high electrical to optical efficiency, the output of the SBC system can also be nearly diffraction-limited, with minimal loss resulting from the element itself. 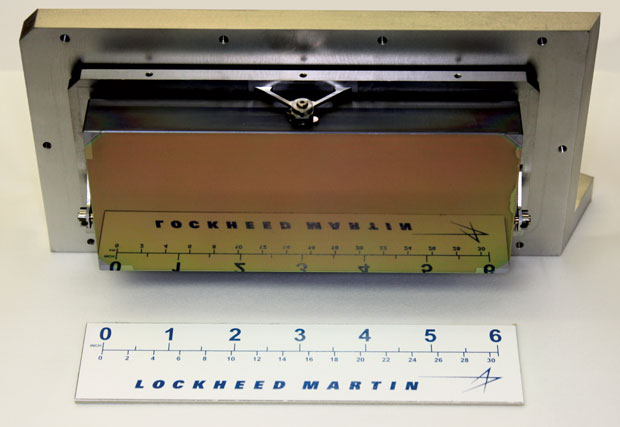 EXUDE provides an excellent example of how experts in different scientific and research disciplines can work together to create technologies with superior capabilities. “Livermore was responsible for designing and fabricating the surface-relief grating structure that enables multiple output beams at different angles to come off an optic at the same angle, allowing their powers to add,” says Britten. The diffraction grating is manufactured on top of an optic that comprises a multilayer stack of high- and low-index materials to provide the maximum diffraction efficiency.

Advanced Thin Films, Inc., fabricated the ultralow-loss multilayer dielectric films for the optic. The proprietary optical coating, designed by Livermore, allows for the stacking of more than 100 film layers to achieve ultralow-loss, parts-per-million transmission levels, high diffraction efficiency, and large bandwidth. The company also postprocessed the films to ensure a flatter diffractive wave front. The surface-relief grating structure is precisely impedance matched to the thin-film stack for improved optical performance. Additionally, both the surface-relief grating structure and the optical thin films can be placed on thermally conductive materials.

The final gratings were delivered to Lockheed Martin, which integrated the components with the rest of the fiber-laser hardware and conducted the tests. “The 30-kilowatt demonstration validates our approach for an efficient, near- diffraction-limited, high-power laser system,” says Britten. “In the future, we expect to achieve significantly higher power levels to address critical defense needs.”

Through this collaboration, the EXUDE team proved that unprecedented efficiency and beam quality can be achieved in a high-power system by spectrally combining fiber lasers or other types of lasers to the desired output powers. Furthermore, the modular approach of using multiple fiber lasers to produce the higher powers simplifies manufacturing and maintainability. With the advent of EXUDE, the range of laser-based applications has been even further expanded.