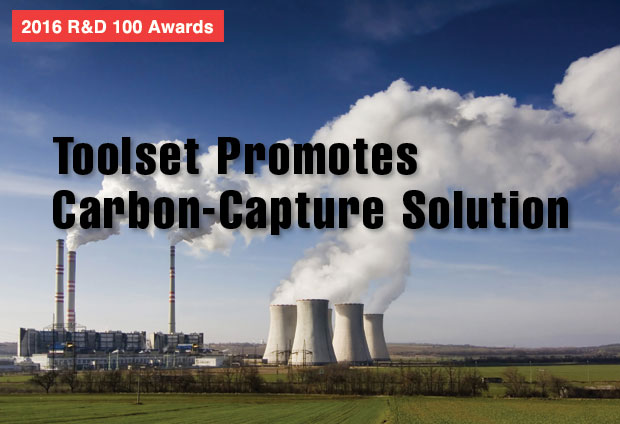 Carbon dioxide, a greenhouse gas, is emitted in large quantities from fossil fuel use in power generation and other industries. The Carbon Capture Simulation Initiative (CCSI) toolset is a fully integrated software suite developed specifically to support the rapid, cost-effective development and scale up of carbon-capture technologies.

Carbon dioxide (CO2)—a greenhouse gas that traps heat and makes the planet warmer—is emitted in large quantities from fossil fuel use in power generation and other industries. To reduce environmental impacts of CO2 by preventing its emission into the atmosphere, scientists are working to develop efficient carbon-capture technologies. Unfortunately, commercially viable carbon-capture processes of sufficient size and sophistication are slow to reach fruition because of the high cost of pilot projects and the lack of computational models to simulate new, potentially promising technologies prior to development.

To help accelerate design, research, and maturation of carbon-capture technologies, a Livermore team, in partnership with colleagues participating in the National Energy Technology Laboratory’s (NETL’s) Carbon Capture Simulation Initiative (CCSI), helped develop the CCSI toolset. A 2016 R&D 100 Award–winning technology, the CCSI toolset is the only fully integrated suite of computational tools and validated models specifically designed to support the development and scale-up of various innovative technologies into carbon-capture solutions.

The CCSI toolset addresses key industry challenges such as gaining a better understanding of sources of error (or uncertainty) in process-simulation results, quantifying and reducing that uncertainty, and assessing the risks of scaling up a particular technology. “This capability is critically important since pilot projects represent an expensive, limited opportunity to collect the data necessary to move a technology to commercial-scale production,” says NETL’s David Miller, the CCSI project’s technical director. “Thus, the CCSI toolset represents a significant advance in the state-of-the-art computational tools and models available for bringing these technologies to market.”

The CCSI toolset has interconnected modules for integrating multiscale, multiphysics models with advanced optimization, uncertainty quantification (UQ), and other modeling techniques. As a result, it offers a range of capabilities across the technology development cycle, from identifying the most promising carbon-capture concepts and determining which experiments to conduct, to scaling up the technology to pilot and demonstration studies, and eventually enabling full-scale commercial deployment.

The toolset’s computationally efficient and accurate dynamic models incorporate the physical properties, kinetics, and thermodynamics of a potential carbon-capture technology at three primary scales: laboratory and pilot scales (experiments and resulting data), process system scales (design and optimization metrics), and device scale (validated three-dimensional models and computational fluid dynamics simulations). The CCSI toolset is a hierarchically integrated modeling package wherein data are applied across all submodels so that information generated at one scale is preserved at all other scales. The computational suite includes a seamless verification-and-validation hierarchy that ensures model fidelity and can be used to identify data requirements. The computational suite can also provide fast and accurate nonlinear models.

The toolset also has an advanced machine-learning tool that determines simple algebraic parameters for an array of data types, which are applicable to various chemical processes. It also exploits parallel computing platforms, supports multiple simulation tools and software applications, and automatically manages thousands of simulations in parallel on cloud-based computers. 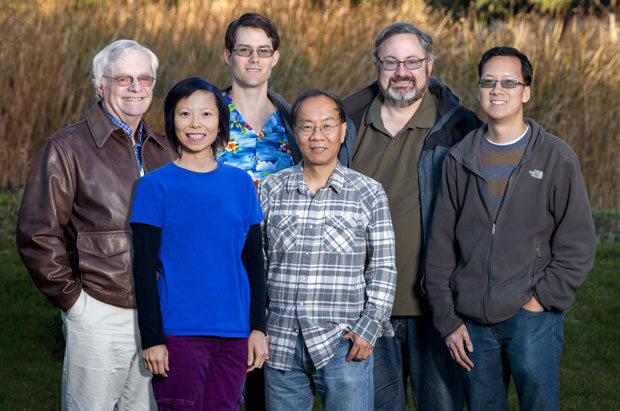 Lawrence Livermore was instrumental in providing software-development support and building the CCSI toolset’s UQ and risk-analysis capabilities. Specifically, as part of the toolset’s buildout, Livermore helped establish the UQ capabilities of the carbon-capture models, the application user interface, and the data-management architecture. The Laboratory utilized its expertise in high-performance computing and UQ software to create the framework for optimization and quantification of uncertainty and sensitivity (FOQUS) computational platform, one of the CCSI toolset’s critical products. FOQUS integrates multiscale models with advanced systems optimization and UQ techniques to rapidly synthesize and identify the best potential carbon-capture processes and determine the level of uncertainty associated with them.

One of the key applications that powers FOQUS is the problem solving environment for uncertainty analysis and design exploration (PSUADE). This software toolkit includes applications for performing UQ tasks such as uncertainty analysis, global sensitivity analysis, design optimization, and model calibration. Livermore researcher Charles Tong, the developer of PSUADE, says, “The flourishing of simulation-based scientific discovery has fueled rapid advances in model validation and UQ disciplines. The goal of these emerging disciplines is to enable scientists to make more precise statements about the degree of confidence they have in their simulation-based predictions.”

Carbon-capture technologies are an important approach for significantly reducing domestic and global CO2 emissions. Informed and enabled by cutting-edge, high-speed, and efficient computational power, CCSI is dedicated to developing, demonstrating, and deploying its advanced computational tools to reduce the risk and time required to bring new technologies to bear on this worldwide problem. Miller says, “The CCSI toolset will lead to more thorough vetting of options, complete understanding of how processes will operate at scale under field conditions, and increased understanding of how uncertainty affects risk.”

With the CCSI toolset, analyses of new energy technologies can be completed at rates much faster than in the past. It is also highly versatile, filling general technology gaps to increase speed and effectiveness of most commercialization efforts. As a result, the capabilities of the CCSI toolset are also applicable to complex process analysis in many markets, enabling other industries to reduce the time, risk, and expense of developing and scaling up technologies for commercialization.