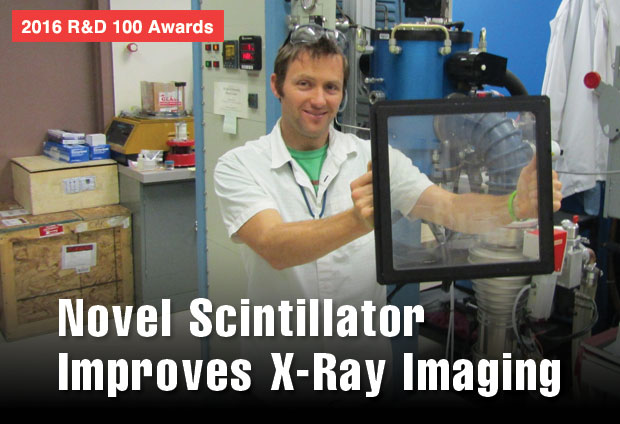 Medical doctors began using x rays as an imaging technology not long after Wilhelm Röntgen discovered their penetrating effects in 1895. Since that time, x rays have become a powerful diagnostic tool in many fields, from medicine to manufacturing. In fact, over the last few decades, advanced computed tomography (CT) systems have enabled detailed three-dimensional (3D) images of inanimate objects. Such technology allows manufacturers to improve an object’s design and fabrication by quickly revealing interior defects that would otherwise remain undetected. Now, a Livermore team led by Nerine Cherepy has developed a first-of-its kind transparent ceramic scintillator that significantly improves throughput for CT-based 3D imaging for manufacturing and other applications.

Simply put, a scintillator is a substance that lights up when excited by ionizing radiation. Inside CT scanners, scintillators convert x rays to visible light. The gadolinium–lutetium–oxide (GLO) transparent ceramic scintillator, an R&D 100 Award–winning technology, substantially reduces data acquisition time and enhances the spatial resolution of images from CT systems, capturing highly detailed views of objects in real time. With this capability, scientists and engineers can improve the assessment and quality control of high-density parts, such as those used in power plant turbines and jet engines. To Livermore, the technology is a great boon for the Stockpile Stewardship Program, allowing researchers to obtain imagery of stockpile components more quickly. More broadly, archaeologists could use the technology to look inside ancient artifacts, and industry could apply it to evaluate complex machinery, including rocket engines. 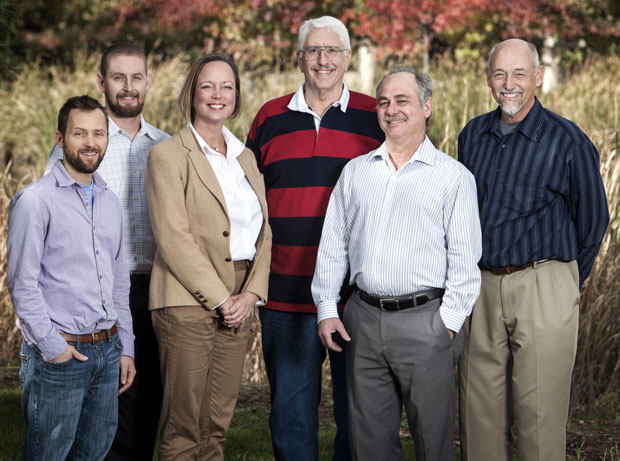 The road to GLO began more than 10 years ago, when Jim Trebes, currently the division leader for Physics within the Laboratory’s Physical and Life Sciences Directorate, asked Cherepy if her team could create a material that would provide better spatial resolution for an x-ray system than what was currently being used. In particular, Trebes was interested in the scintillator for the confined large optical scintillator screen imaging system (CoLOSSIS), an advanced 3D imaging system his team had developed for nondestructive evaluation of the nuclear stockpile. (See S&TR, July/August 2009, A Cat Scanner for Nuclear Weapon Components.)

For imaging a component, CoLOSSIS passes a high-energy beam of x rays through the object, which is placed on a rotating platform. The emerging pattern of radiation then passes through a glass scintillator screen, where it is converted to visible light that is then focused and captured by a sensitive charged-coupled-device camera. Although the screen, made from specially formulated glass, was effective, a more sensitive material could provide even better detail. “Glass has an amorphous structure, which does not provide efficient scintillation,” says Cherepy. “A crystalline material such as a transparent ceramic can provide higher light yield.”

Originally developed in the 1990s in Japan, transparent ceramics have demonstrated their usefulness as transparent armor in military applications, and as lenses and laser amplifiers in optical applications. “In 2006, Livermore made a strategic internal investment in several specialized furnaces needed for fabricating transparent ceramics. Without this investment, our success in research and development of these materials would not have been possible,” says Steve Payne of the Laboratory’s Materials Science Division. Cherepy adds, “Livermore’s R&D capability for transparent ceramics is unique.”

The team’s original formulation for the transparent ceramic scintillator used lutetium oxide doped with a small amount of europium—a material that has high x-ray stopping power and high light yield (a measure of the material’s ability to convert x rays to visible light). However, this initial “recipe” generated small defects in the material, causing it to be translucent rather than transparent. With further research, the group discovered that adding gadolinium into the mix produced a perfectly transparent polycrystalline material—the basis for Livermore’s GLO patent.

The fabrication process for the GLO scintillator begins with a powder that consists of almost perfectly round nanoparticles. A graphite die presses the powder, which is heated to 1,200 degrees Celsius, into a 60-percent‑dense solid. Through a series of steps, the material is progressively heated and pressed to exact specifications. Livermore worked with several industrial partners to make the materials and scale up the manufacturing process to produce full-sized GLO optics. Nanocerox, Inc., synthesized the powder feedstock; Technology Assessment and Transfer, Inc., provided the hot pressing services needed to convert the powder to its initial solid state; and American Isostatic Presses, Inc., provided the hot isostatic press to render the final transparent material. “We began by manufacturing small millimeter-sized samples and worked up to larger sizes, eventually graduating to full-sized plates,” says ceramist Zachary Seeley. The team has successfully made a 30-by-30-centimeter plate for the CoLOSSIS system.

The team’s new transparent ceramic has an effective light yield seven times better than its glass predecessor—a rare and significant jump in performance in a field that usually sees incremental improvements. In addition, the testing performed by Livermore scientists Daniel Schneberk and Gary Stone revealed that the GLO scintillator allows a CT system to capture images in about two hours instead of eight. Now, industrial partners are working with Livermore to commercialize GLO so that it can find its place in tomographic applications for industry and scientific research alike.