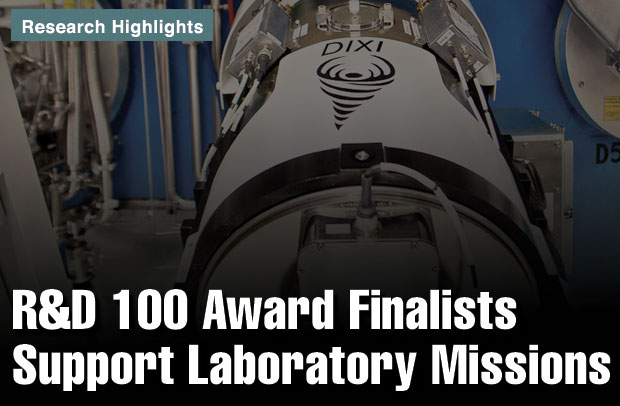 Lawrence Livermore is home to researchers from diverse disciplines, including physical and life sciences and engineering, who push the state of the art in their respective fields to support the Laboratory’s many missions. This year, three notable Livermore teams were chosen as finalists and runners-up in R&D Magazine’s annual competition that recognizes top scientific and engineering products and technologies with commercial potential.

A Clearer View of Living Structures

Since its invention in the late 16th century, the microscope has been an important tool for observing and analyzing biological structures, but each type has some limitations. For example, compound and dissection microscopes offer different degrees of magnification but with similar resolution. Scanning electron and transmission electron microscopes provide higher resolution, but the samples have to be specially prepared using electrically conductive material and must be mounted on metal grids and observed in a vacuum, which prevents observation of a living specimen. The confocal microscope was a major advance over existing technologies for analyzing live tissue, enabling three-dimensional (3D) image reconstruction of a thick sample. However, optical aberrations created by the sample’s inhomogeneous refractive index still limit the instrument’s overall resolution.

Developed in collaboration with academic and industrial partners, Livermore’s innovative MEMS-based AO Confocal Microscope (MAOCM) leverages the latest advances in MEMS and AO technology to enable high-resolution, 3D views of complex living tissues at the cellular level. The instrument uses the same AO principles employed in the world’s largest telescopes to provide clearer images of distant astronomical objects. An AO deformable mirror integrated into the device provides real-time correction of aberrations in both the illumination and imaging light paths to remove image distortions, thus enabling high-resolution, 3D live images to be viewed immediately by scientists or clinicians. AO compensates for optical aberrations by controlling the phase of the light waves, or wavefronts, that distort the light and degrade the final image. MAOCM automatically measures the optical aberrations in the light path with a wavefront sensor and then rapidly compensates for these aberrations with a wavefront corrector.

Biologists from the University of California at Santa Cruz used MAOCM to image in vivo fly embryos. MAOCM’s  penetration depth was tested by performing AO correction from the top surface of a sample to a depth of 100 micrometers. Prior to wavefront correction, cell centrosomes could only be observed down to 60 micrometers. After correction, they could be observed to 95 micrometers. The size of the point-spread function, which defines image resolution, showed an approximate eight times improvement over a conventional confocal microscope. The Strehl ratio, which measures the image quality, calculated more than 20 times improvement.

Purchased as a lower cost add-on or as a complete system, the MAOCM instrument enables unprecedented visualization of cellular content and cell–cell interactions in deep tissue for fundamental scientific research and clinical processes. Chen says, “This technology will enable earlier detection of diseases and provide more effective monitoring of disease progression and treatment.” 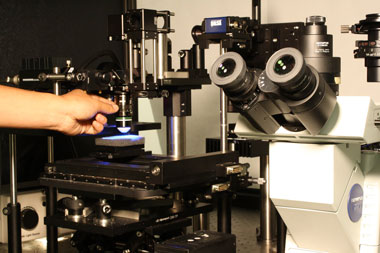 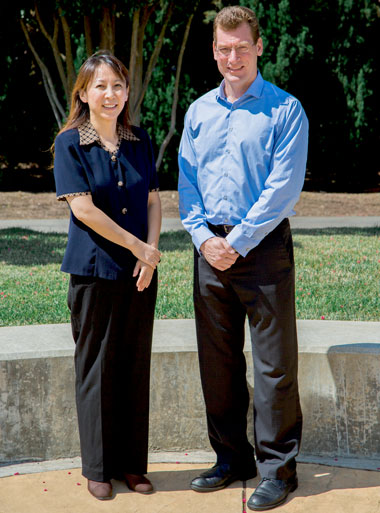 The RF tags used in the HET system are battery-free, so they have an indefinite lifetime. These tags can be placed into inventory items or carried in clothing for personnel tracking. Much like a mirror reflects light, the tags—which range in size from a postage stamp to a standard printed photo—receive their energy from radio waves transmitted either from a stationary reader antenna or from a handheld reader. The larger the tag, the greater the reading distance, up to approximately 60 meters for a 10-by-15-centimeter tag. HET multistatic, distributed reader antennas focus low-power RF signals onto confined monitoring areas to provide complete coverage of the tags. Multiple reader antennas are used to coherently focus the electromagnetic beam from various directions to see objects in cluttered and obscured environments. A smart, multilayered, cloud-based database allows real-time inventory data to be available from both handheld and portal readers.

Currently, response teams manually check their equipment before and after responding to an event. According to Livermore’s Faranak Nekoogar, who helped develop the HET system, “Manual inventory can take hours to complete. With the HET system, RFID tags provide accurate, automatic inventory control that can be verified in seconds.” For routine inventory processing, operators can use handheld readers as they look through the equipment to detect individual tags and update the cloud database. During an emergency response situation, individual tagged items inside transportation cases can be quickly packed into a vehicle and then detected by portal readers, reporting the inventory in real time as the vehicle passes. 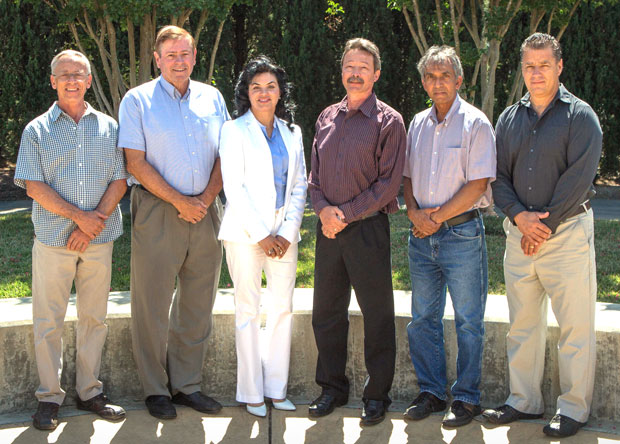 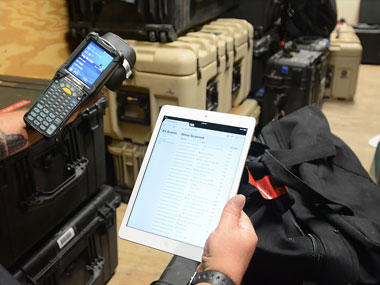 NIF provides scientists with a platform to research nuclear weapons physics and to explore basic science, such as astrophysical phenomena, materials science, and nuclear science. To support these efforts, NIF requires advanced diagnostics to accurately record experimental results. One of these technologies, the Dilation X-Ray Imager (DIXI), records two-dimensional x-ray images with unprecedented temporal resolution—the timescale over which changes in size or position can be measured—making it the world’s fastest x-ray framing camera. The instrument was developed by Livermore in collaboration with General Atomics and Kentech Instruments, Ltd.

DIXI leverages three established technologies to improve its functionality in a harsh environment as well as its temporal resolution. These components include a pulsed transmission photocathode that converts incoming x-ray signals into electrons, a magnetic field for guiding the electrons in the drift space, and a standard framing camera backend to amplify a section of the dilated electron signal and record the images. DIXI also employs additional shielding to protect the recording device from x-ray and neutron-induced background signals.

The instrument uses pulse dilation (or stretching of the electron signal) to achieve a temporal resolution 10 times faster than traditional x-ray framing cameras. A voltage ramp imparts a velocity gradient on the signal-bearing electrons that are generated when x rays hit the transmission photocathode. As the electron signal traverses a drift space, it is stretched out in time, resulting in a signal that is 50 times longer. The high temporal resolution is achieved by selecting only a small part of the stretched signal stream for amplification and detection. Imaging enhancements result in the capability to resolve changes as fast as 5 trillionths of a second, equivalent to 200 billion images per second.

In addition, DIXI can survive 10 times higher neutron backgrounds compared to existing technologies. A longitudinal magnetic field guides the electrons within the drift space, allowing the instrument to be tilted off-axis to the object being viewed, which in turn permits additional shielding.

The success of DIXI at NIF has already sparked interest in adapting its pulse-dilation technology to other applications such as time-resolved neutron spectra. The system is also transportable and has variable temporal resolution and record length, which makes it a desirable diagnostic for other high-power laser facilities and x-ray emitting machines. 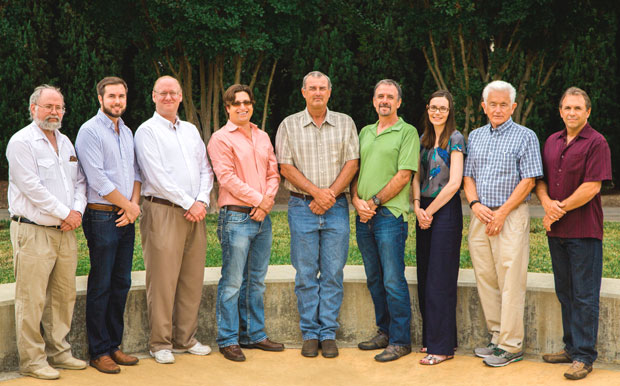 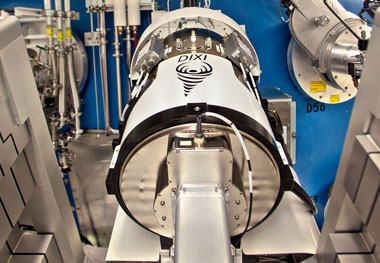 As the world’s fastest two-dimensional framing camera, the Dilation X-Ray Imager (DIXI) can produce images of an imploding target capsule with 10 times faster temporal resolution and in environments with 10 times higher neutron yields than its competitors.

DIXI, MAOCM, and the HET system are three examples of how Laboratory researchers push the boundaries of scientific innovation and build on past technologies to improve capabilities. As evidenced by these three innovations, Laboratory researchers continue to advance the state of the art in the areas of cell biology, emergency response, and laser diagnostics in support of Livermore’s national security mission.