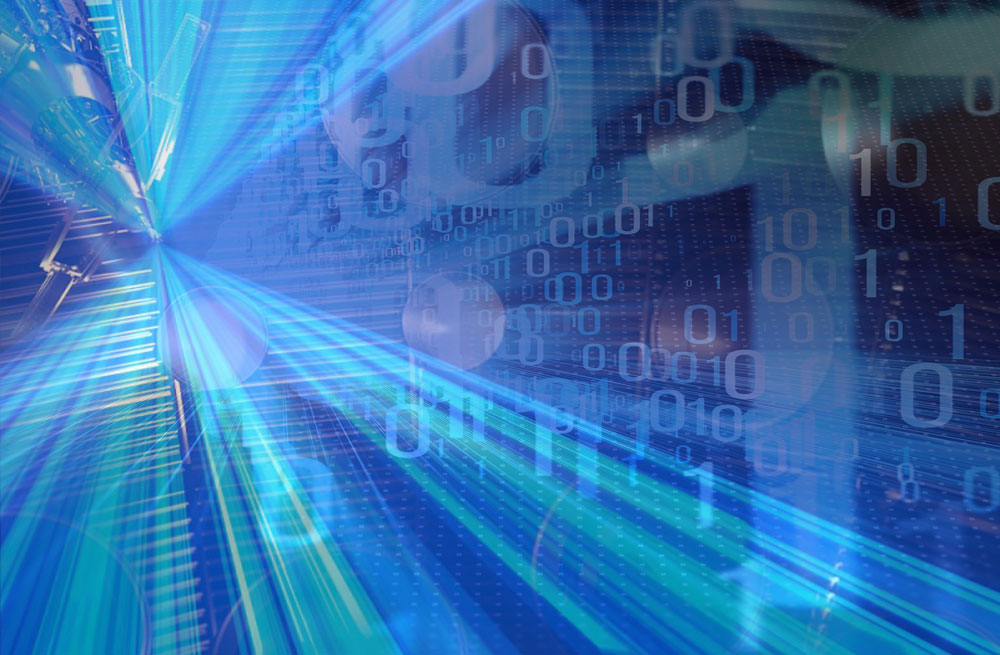 One crucial capability that helps enable these activities is the Virtual Beam Line (VBL) laser simulation code, which launched in 2000. It can model all the major laser physics and technology involved in the design optimization, commissioning, and operations of tabletop to NIF-scale lasers. VBL provides scientists with high-fidelity models and high-resolution calculations of laser performance predictions for the entire NIF laser system, the Advanced Radiographic Capability, the Optical Science Laser, and parts of the High-Repetition-Rate Advanced Petawatt Laser System in the Czech Republic.

After more than two decades of experimentally verified physics and computing enhancements, a few years ago this unique code underwent a modernization effort to increase the scalability and expand the physics supporting a wider array of applications and customers. With funding from the Laboratory’s Institutional Scientific Capability Portfolio (ISCP), VBL migrated from Java to C++ with a flurry of user interface and optimization features, as well as laser physics and high-resolution enhancements primed for parallel execution on Livermore’s supercomputers. “VBL is key to laser scientists’ ability to design architectures and experiments and to deliver results. It plays a critical role in ensuring machine safety and preventing damage during experiments. Our team is looking forward to deploying the new functionality into production,” states software engineering manager Kathleen McCandless.

Rebuilding the Code Base

Like other mission-driven codes at the Laboratory, VBL’s capabilities have changed over time to support additional users and new applications. It has grown to model lasers with monochromatic to broadband spectra, various beam geometries, different gain media, and vastly different pulse durations from the femtosecond (10–15) to nanosecond (10–9) regime. For all these uses, VBL simulates laser amplification with wavelength-dependent emission cross section, nonlinear effects including Kerr self-focusing, and frequency conversion. Today, VBL is the physics engine used “under the hood” hundreds of times every day by the Laser Performance and Operations Model (LPOM) software as users set up their NIF experiments.

Over the years, increasing demands and scope prompted a thorough examination of VBL’s original approach. McCandless explains, “Users need enhanced physics models that are more computationally intensive and require unprecedented resolutions, which means using the Laboratory’s supercomputing capabilities. We could not run the original VBL in parallel on high-performance computing systems without rearchitecting it.”

The VBL team decided to rewrite the mature Java code base in favor of a faster, more flexible programming paradigm. The C++ programming language minimizes memory movement while the code is running, improves performance, interfaces more directly with the computing hardware it runs on, and provides more control.

With many prior years invested in a Java code base, the team considered binding the two programming languages, but doing so could have made the code buggy and unstable. Ultimately, the stakes were too high to gamble with a patchwork solution. McCandless points out, “We must make sure performance is optimized and calculations are accurate. We don’t want to hold up a NIF experiment or introduce errors when designing new advanced architectures.” 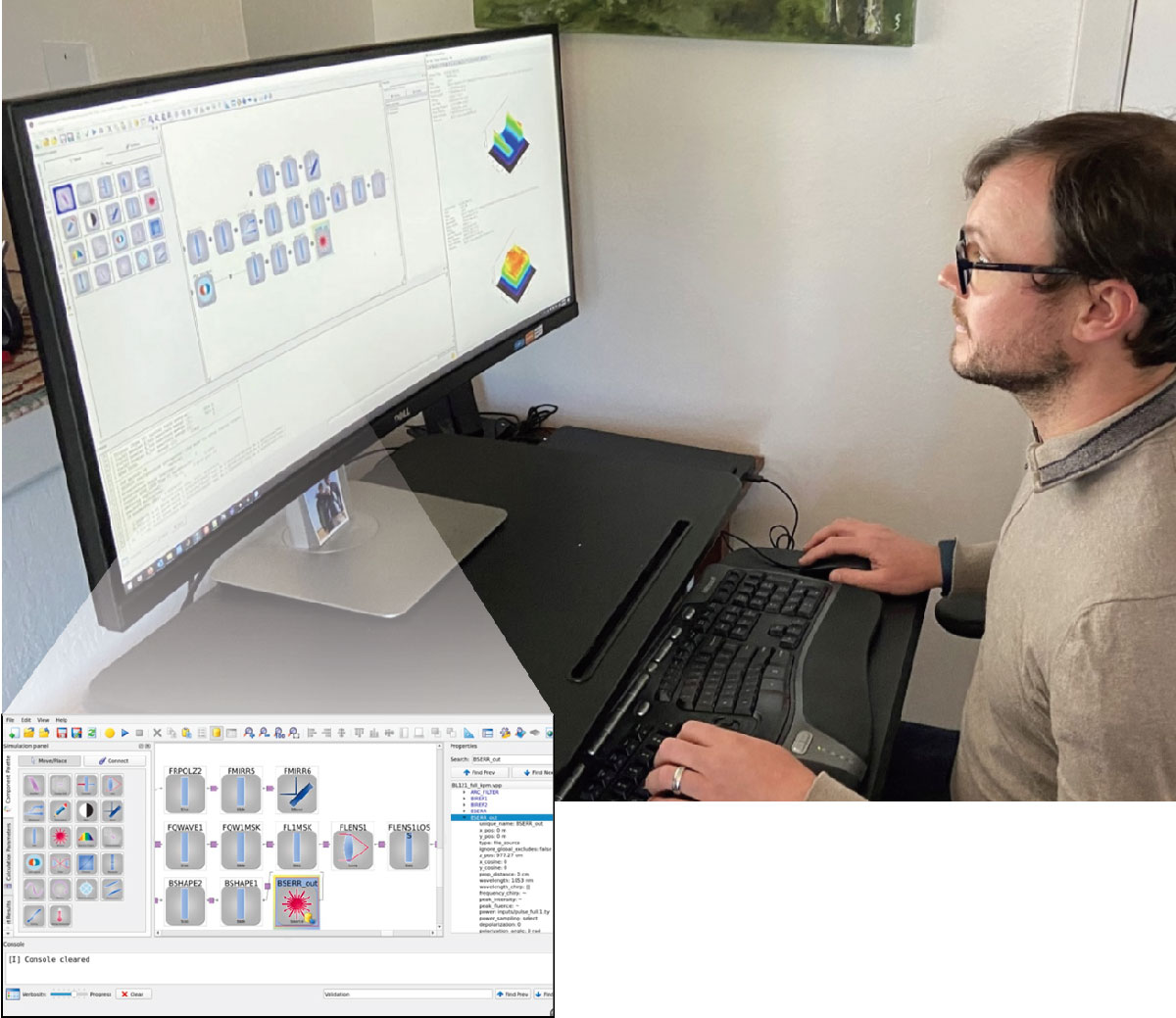 Coupled with Laser Performance and Operations Model (LPOM) software, a robust user interface makes VBL++ more versatile than ever. Users like Livermore physicist Samuel Schrauth simulate the results before an experiment takes place. In the VBL++ interface (inset), users model their laser architecture by dragging-and-dropping adjustable components, parameters, and other variables affecting the laser’s path toward the target.

The team has delivered multiple major releases of upgraded VBL code since 2017, and a new VBL++ (pronounced vee-bee-ell-plus-plus) is slated for LPOM production deployment. For portability to different types of computing systems—including classified computing systems and the forthcoming El Capitan exascale-class supercomputer—the code leverages Livermore’s RAJA software abstraction framework. A wider array of physics calculations within VBL++ is now possible thanks to integration of another Laboratory-developed software library called SUNDIALS, which provides solvers for differential algebraic and ordinary differential equations.

Because VBL++ is optimized for parallel computing architectures, McCandless notes, “Our code can speed up the modeling time necessary for designing experiments, giving researchers more valuable time in the facility. Solutions are also higher fidelity because we can invoke more detailed physics models.” VBL++ also has a robust interface that lets users optimize the parameters of their laser architecture; import external files from finite-element analysis codes to account for stresses and thermal effects inducing birefringence; resolve the impact of optical component imperfections; and perform an inverse solve to determine the input low-power pulse shape that will achieve the high-power request on target. Depending on an application’s computational demands, laser physicists can run VBL++ using a graphical user interface on a laptop or submit batch processes on a Livermore supercomputer with thousands of cores.

All of these features are covered in user documentation, including video and live training sessions for Livermore scientists. “Our goal is to conduct broad training across the Laboratory to continue growing this expertise, incorporate more models for emerging needs, and engage more users and physicists in the project,” says McCandless, noting Livermore’s trusted reputation in laser physics modeling and high-performance computing among the scientific community.

The team is readying these advanced capabilities for new opportunities and collaborations. VBL++ project leader Jean-Michel Di Nicola points out that the ISCP investment demonstrates the importance of thinking broadly as laser science, nonlinear optics, and photonics enter a new era—one in which the code’s engineering and computational capabilities can drastically reduce the risks, development cycle, and cost of new laser architectures. He explains, “We are building a multipurpose simulation code for customers with emerging and diverse laser designs, technologies, and applications.”

The VBL++ project is another success born from the longstanding partnership between NIF and Livermore’s Computing Directorate, which encompasses numerous projects and technologies from diagnostic measurements and advanced control systems to data analysis, information technology infrastructure, and scientific simulation code development. To describe beam propagation and diffraction, frequency conversion, and other nonlinear effects, VBL++ leverages physics models developed and prototyped by Laboratory laser physicists. Software engineers incorporate the physicists’ algorithms and code modules into the VBL++ code base to extend its physics modeling capabilities. Software developers work with physicists on test cases to evaluate these VBL++ extensions. “This strong collaboration across skill sets enables cutting-edge science, particularly with regard to physics-based modeling and simulation,” says Di Nicola.

As the code’s user base grows beyond NIF, the team is working to support other experimental laser systems and plans to support the designs for the Matter in Extreme Conditions laser facility at the SLAC National Accelerator Laboratory. According to McCandless, this expansion into new physics capabilities also serves as an attractive opportunity for recruiting talented scientists. She adds, “Our code has endured because no other product can handle everything that it can. Future laser systems will be very different from what we have today, and VBL++ will help Livermore meet those challenges.”