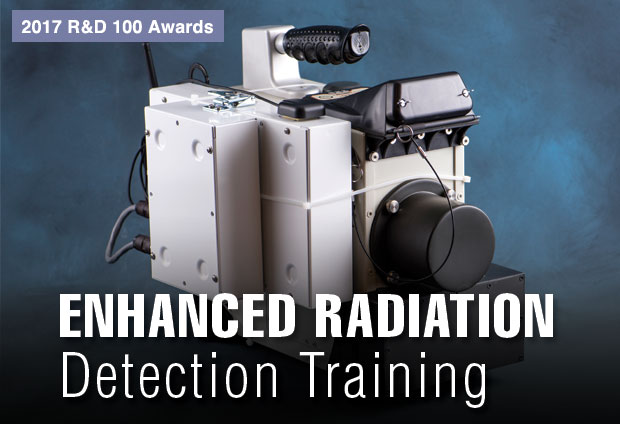 A Radiation Field Training Simulator (RaFTS) unit is shown secured to an Ortec Detective. The smaller enclosure holds the RaFTS battery, while the larger one next to it houses the electronics.

The U.S. government and many state and local agencies have spent billions of dollars fielding radiation detection equipment, both stationary and mobile, at border crossings and shipping ports and in cities. Millions of additional dollars have been dispersed on training emergency responders and law enforcement personnel to operate the equipment. However, typical training does not allow participants to use their own radiation detection gear against scenarios and radiation sources that would be involved in incidents of most concern—those involving high-intensity radiation sources or wide-area contamination following a nuclear or radiological event.

To help ensure that the nation is prepared to effectively respond to these threats, a Livermore team of scientists and engineers developed the Radiation Field Training Simulator (RaFTS)—a 2017 R&D 100 Award–winning technology. RaFTS dramatically reduces the cost of realistic training exercises by enabling trainees to actually use their own radiation detection equipment at their home locations and to train as if dangerous sources were present. “An important role of government is to ensure we have emergency responders adequately trained to deal with true radiation hazards, whether they are generated through accidents or acts of terrorism,” says Steven Kreek, leader of Livermore’s Nuclear Detection Research Program. RaFTS realistically represents potential hazards’ locations, identities, and strengths without requiring any radioactive material to be in the training area. RaFTS controls the instrument, and the collected data can be analyzed just as if real sources were present. (See S&TR, July/August 2016, Seeking Out Hidden Radioactive Materials.)

Experts increasingly recognize the importance of field exercises for training response personnel to operate radiation detection equipment. These exercises are designed to qualify individuals and teams to search for and identify radioactive materials, such as uranium or plutonium, in a terrorist nuclear or other radiological device or those from an accident involving radioactive contamination.

For health and safety reasons, agencies cannot conduct training by spreading high-intensity radioactive materials in their locales. Instead, training is done using tiny pinpoint radiation sources or virtual simulators. However, neither of these methods provides a fully realistic user experience, and each has fundamental limitations. For example, exercises wherein weak radiation sources are placed in an area require authorized controllers—individuals running the exercise who protect the sources from loss—to remain with the sources. The radiation is too low for instruments to see at range, and so trainees often home in on the controllers, which prevents them from experiencing that nuclear radiation and radioactive contamination are invisible and the signals could appear to come from all directions. During an actual event, only the instrument responses would be available to them, not artificial visual clues. 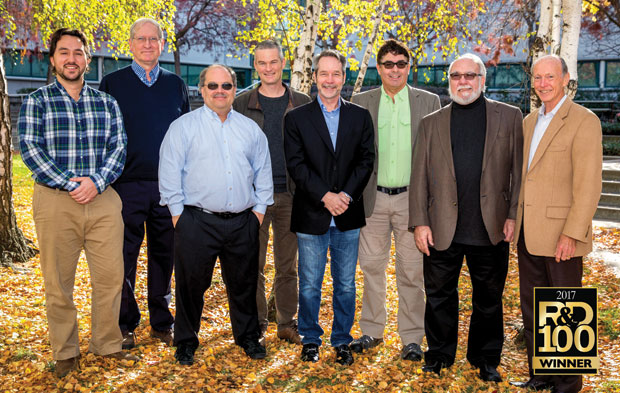 RaFTS is an externally mounted device that, in its final form, is expected to be the size and weight of a small mobile phone. During a training exercise, the RaFTS unit injects electronic pulses, or signals, into a trainee’s radiation detector (which can vary by type and manufacturer). These signals exactly replicate all the physics of real hazard-level radiation sources. The unit provides real-time intensity levels and detailed energy spectra depending on the location of the detector relative to the source location and technology in use. RaFTS eliminates the safety, security, and cost concerns of using physical radiation sources (especially for special nuclear materials such as uranium and plutonium) while enabling fully realistic, physics-based scenarios.

The training scenario defines the boundaries of the exercise as well as the location and details of point sources and distributed sources. The training coordinator determines the source locations within the exercise area and the types and intensity of radioactive materials. The location of the detector within the scenario is determined by a global positioning system or other device. Based on this input data, RaFTS calculates the dose rate and can feed in the source’s energy spectrum at that location, commensurate with how the user is operating the detector. If operated correctly, RaFTS’s outputs are of sufficient quality that the detection instrument behaves exactly as it would with real radioactivity, producing spectra that can be analyzed in detail and providing radiation intensity levels dependent on the trainee’s location. The physics of the radiation detection process, including time- and location-varying sources, statistical randomness, and user instrument proficiency, are strictly maintained throughout the exercise. After training, the RaFTS device is simply detached from the detector, returning the instrument to normal function.

RaFTS technology can be applied to the entire community of radiation detection instruments such as radiation pagers, handheld spectral devices, and specialized search instruments. The team has demonstrated the technology with two different detectors in widespread use. The first was a Livermore-developed radiation detector licensed to Ortec, Inc., and marketed as the Detective. This detector, used to characterize complex radiation sources (or mixtures of sources), is based on high-purity germanium. The second was a sodium-iodide-based detector commonly used by law enforcement to search, and sometimes identify, radiation sources. This detector type is commonly used in backpack-based or compact handheld devices.

Kreek asserts that adoption of RaFTS across the entire user community of instrument manufacturers and emergency response personnel would greatly enhance training effectiveness, efficiency, and overall preparedness. “There is nothing like it,” he says. “This technology dramatically improves responder preparedness for the scenarios of most concern.” Kreek notes that the RaFTS concept could also be applied to chemical, biological, and other hazards.