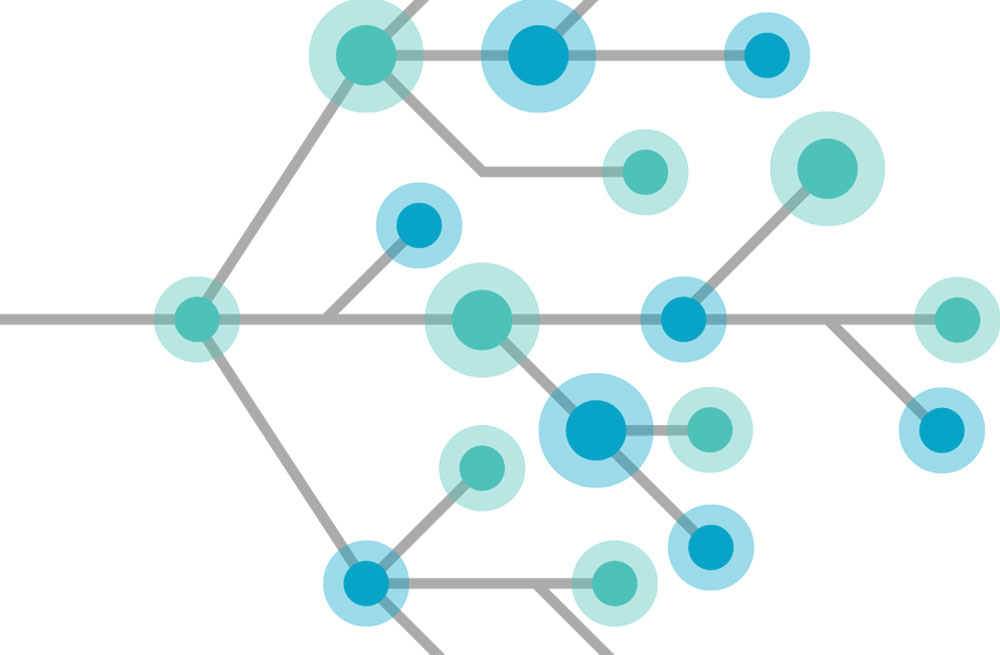 Demonstrating the exemplary caliber of Livermore’s early career staff, Lawrence Livermore has received more ECRP awards than any other National Nuclear Security Administration (NNSA) laboratory since the program’s 2010 inception and is currently tied for fourth among all DOE national laboratories. “The diversity of Laboratory divisions and programs our awardees represent—Engineering, Computing, Physical and Life Sciences, and the National Ignition Facility, among others—and the diversity of DOE program offices that support Livermore’s awards is impressive,” says Eric Schwegler, director for Sponsored Science in the Laboratory’s Deputy Director for Science and Technology Office. “ECRP awards make a real difference because they give recipients the freedom to explore new ideas, the means to attract additional talent, and the opportunity to develop their professional networks at a critical stage in their career, which truly benefits the Laboratory and enhances its ability to fulfill its mission.” 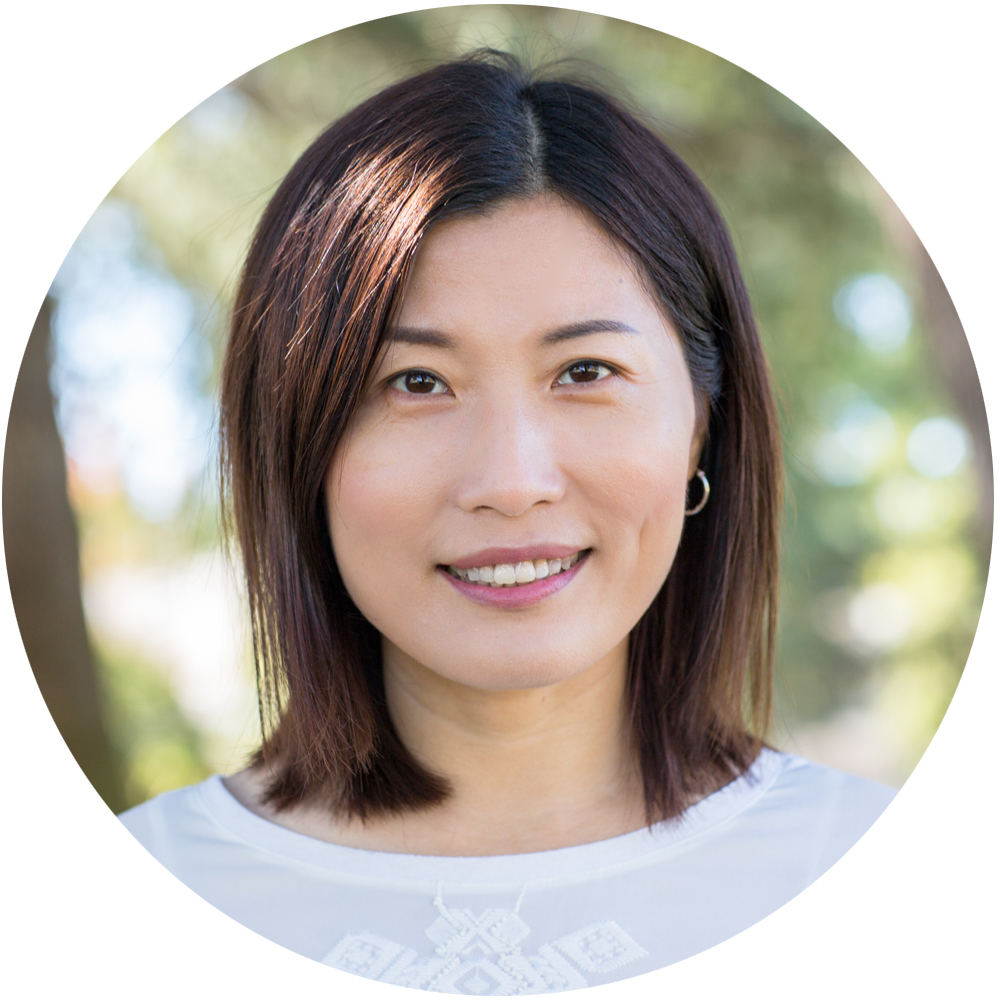 Geobiologist Yongqin Jiao used her 2011 Early Career Research Program (ECRP) Award to study how the bacterium Caulobacter crescentus detects, accumulates, and catalyzes the formation of uranium-containing minerals that could have environmental applications and established a strong foundation for exploring other microbe–metal interactions for rare-earth element extraction.

Geobiologist and 2011 DOE Office of Biological and Environmental Research ECRP recipient Yongqin Jiao uses systems biology to examine how microbes sense, respond, and adapt to environmental cues to discover foundational design rules that govern complex biological-systems behaviors. Jiao then applies these rules to redesign organisms with traits that support clean energy and environmental solutions. “Microbes play a major role in how uranium and other radionuclides affect the environment,” says Jiao. “Their metabolisms can alter their chemical states and restrict their movement, but how or why they do that has been a mystery.”

Jiao’s ECRP project focused on Caulobacter crescentus—a gram-negative bacterium widely distributed in nutrient-limited, freshwater lakes and streams—to determine how it detects, accumulates, and catalyzes the formation of uranium-containing minerals. “By figuring out how this tiny bacterium interacts with uranium, we developed a conceptual model of uranium speciation, minerology, and biochemical cycling to help us understand what’s happening at contaminated sites and enable bacteria to perform environmental remediation,” she says.

Under the ECRP, Jiao also published several papers, hired four postdoctoral researchers (three of whom have remained at Livermore), and landed a spin-off Laboratory Directed Research and Development–funded project initiated by one of the project’s postdoctoral staff members. Perhaps most importantly, the project sowed seeds of a burgeoning scientific community of systems and synthetic biologists at the Laboratory. “Receiving the ECRP Award allowed me the freedom to pursue a research topic with real-world impact that integrated my deep knowledge of geobiology with cutting-edge, systems-biology tools,” says Jiao. “We also established a strong scientific foundation that supports our exploration of other microbe–metal interactions including biotechnology for rare-earth element extraction so we can capitalize on selective metal binding and mineralization mechanisms that microbes and biomolecular systems use.” 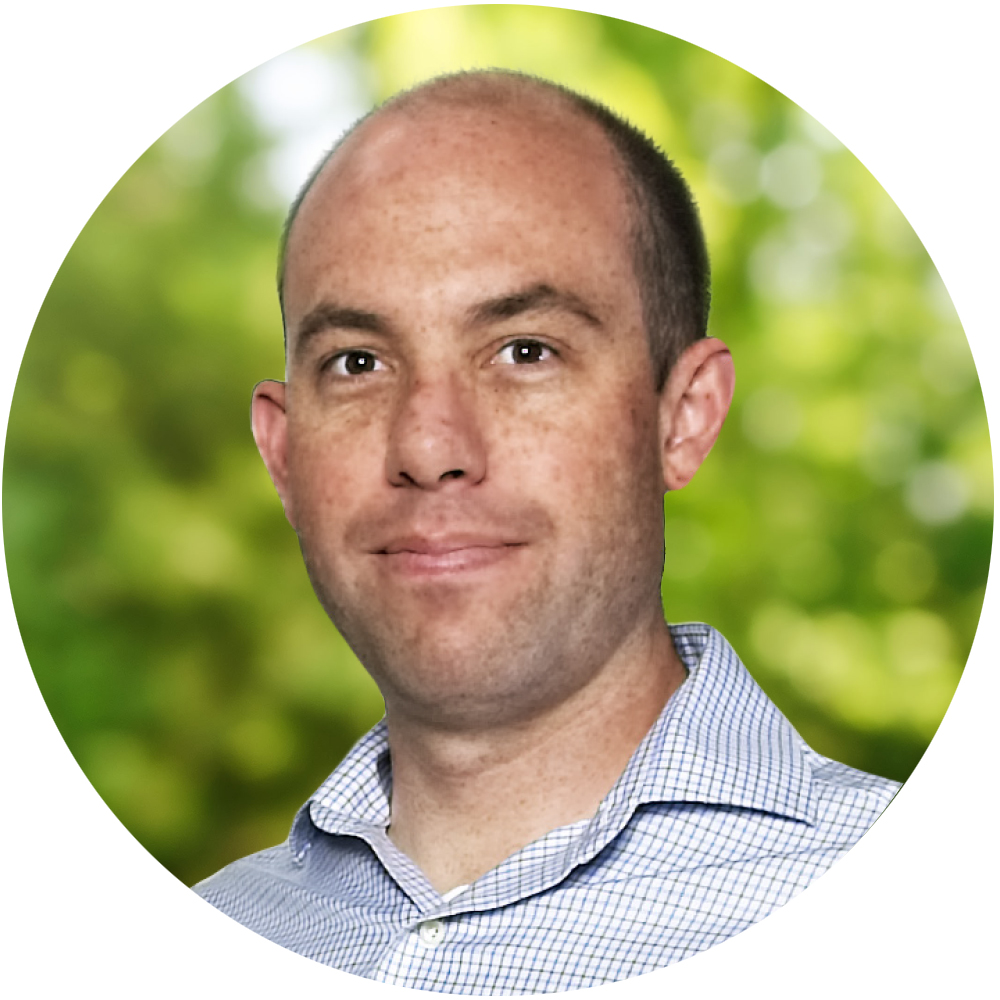 Once completed, the Vera C. Rubin Observatory’s Legacy Survey of Space and Time (LSST) performed atop Cerro Pachón in Chile will scan the entire visible southern sky every three nights for 10 years with the largest digital camera ever constructed for ground-based optical astronomy. The 3-billion-pixel camera will produce massive amounts of data to advance understanding of dark energy, dark matter, galaxy formation, and asteroids potentially headed for Earth. Michael Schneider, Lawrence Livermore astronomer, astrophysicist, and 2017 DOE Office of High Energy Physics ECRP recipient says, “The LSST will generate a 500-petabyte database of images and a 15-petabyte catalog describing nearly 40 billion individual stars and galaxies. The information contained in one petabyte is the equivalent of a stack of more than 223,000 DVDs. That’s a lot of data. Our research centers on big data, high-performance computing, statistical machine learning, artificial intelligence, and analysis. We used hierarchical Bayesian models to develop a distributed algorithm that measures cosmic shear (the gravitational lensing of galaxies), mitigates sources of systematic errors in the measurements, and produces more reliable inferences of dark-energy properties. We are exploring how to incorporate machine learning in our Bayesian pipelines to produce scientifically reliable algorithms.”

The ECRP funding has given Schneider and his team the freedom to think about longer-term payoffs and situated Lawrence Livermore at the vanguard of dark-energy research. “We can tackle bold, even controversial approaches that some might argue are too impractical or impossible,” he says. “We’re making technical advances and integrating novel machine-learning tools to create more efficient computational pipelines. The ECRP Award also means we could mentor four doctoral projects, fund two postdoctoral team members, and attract more talent and additional funding streams.” 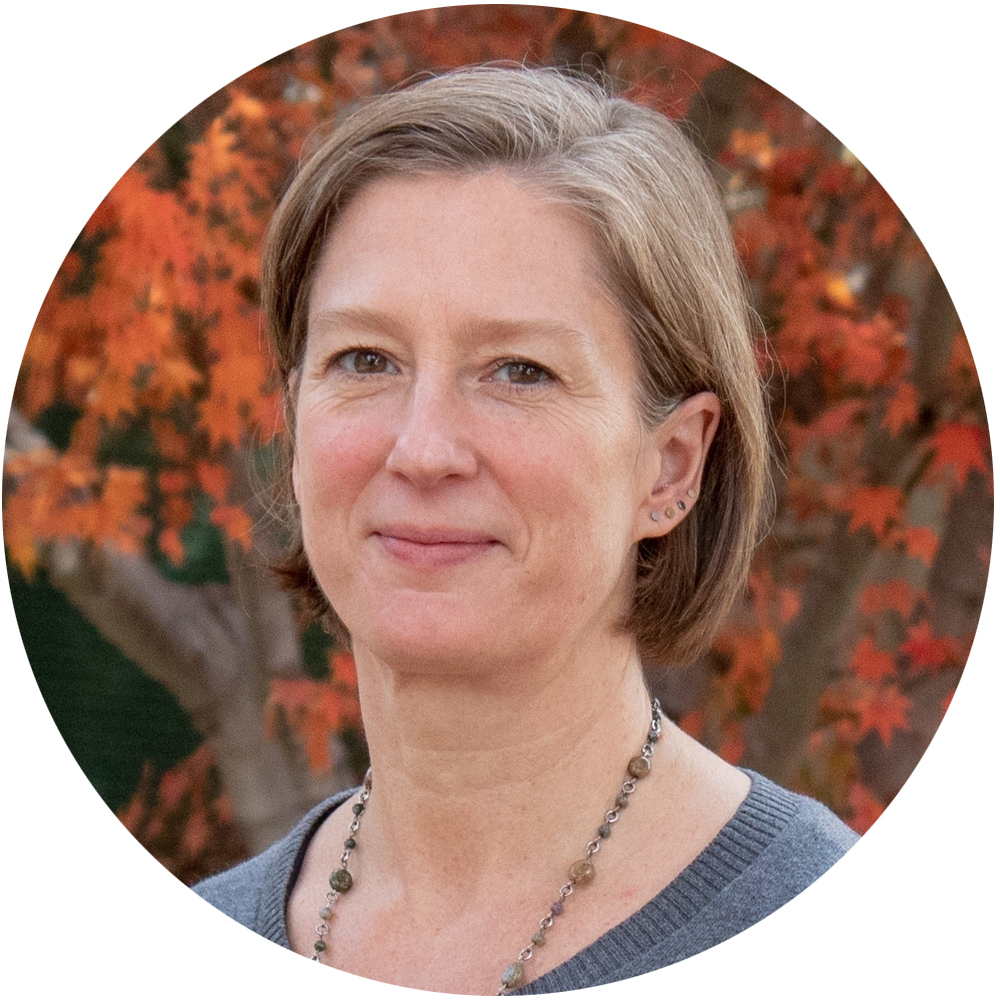 Computer scientist, group leader for the Parallel Systems Group in the Center for Applied Scientific Computing at Lawrence Livermore, and 2019 ECRP Award recipient, Kathryn Mohror has delivered innovative, faster, and more efficient data management methodologies for HPC and served as a leader in the HPC community through her project.

As supercomputers continue to achieve phenomenal speeds and scientific simulations produce massive amounts of data, moving and storing all of that data creates workflow bottlenecks. “My ECRP project solves this problem by characterizing the data management needs of scientific simulations and developing strategies to make data movement and storage more efficient,” says Kathryn Mohror, computer scientist and group leader for the Parallel Systems Group in the Laboratory’s Center for Applied Scientific Computing, and 2019 Office of Advanced Scientific Computing Research ECRP recipient. Currently, storage systems and input–output (I/O) middleware on supercomputers manage all data in the same manner. “My approach breaks away from the ‘same size fits all’ model and tailors data management based on the type of data,” says Mohror. “For example, simulations typically perform an operation called ‘checkpointing’ to save the state of a simulation in case of a failure, like autosave in Microsoft Word. We can cache checkpoint data on temporary compute-node storage and delete it when no longer needed. This simple step results in much higher I/O bandwidth for checkpoint operations and significantly faster simulation times.”

The most challenging aspect, according to Mohror, is that people think I/O should “just work” rather than devote time and energy into getting I/O right. “We often focus on how fast the programs run, but the reason we use supercomputers is to obtain the scientific results,” she says. “If we don’t manage the data efficiently, we’re leaving a lot of performance on the table.” By making simulation data operations more efficient, scientists can analyze mission-critical results faster.

Mohror’s ECRP Award has played a role in her establishing university collaborations, guiding students in their theses, hiring a postdoctoral researcher, heading high-performance computing (HPC) workshops, and serving in leadership and I/O expert roles across the HPC community. “The additional funding has also made it much easier to implement and deliver my vision for HPC data management,” she says. 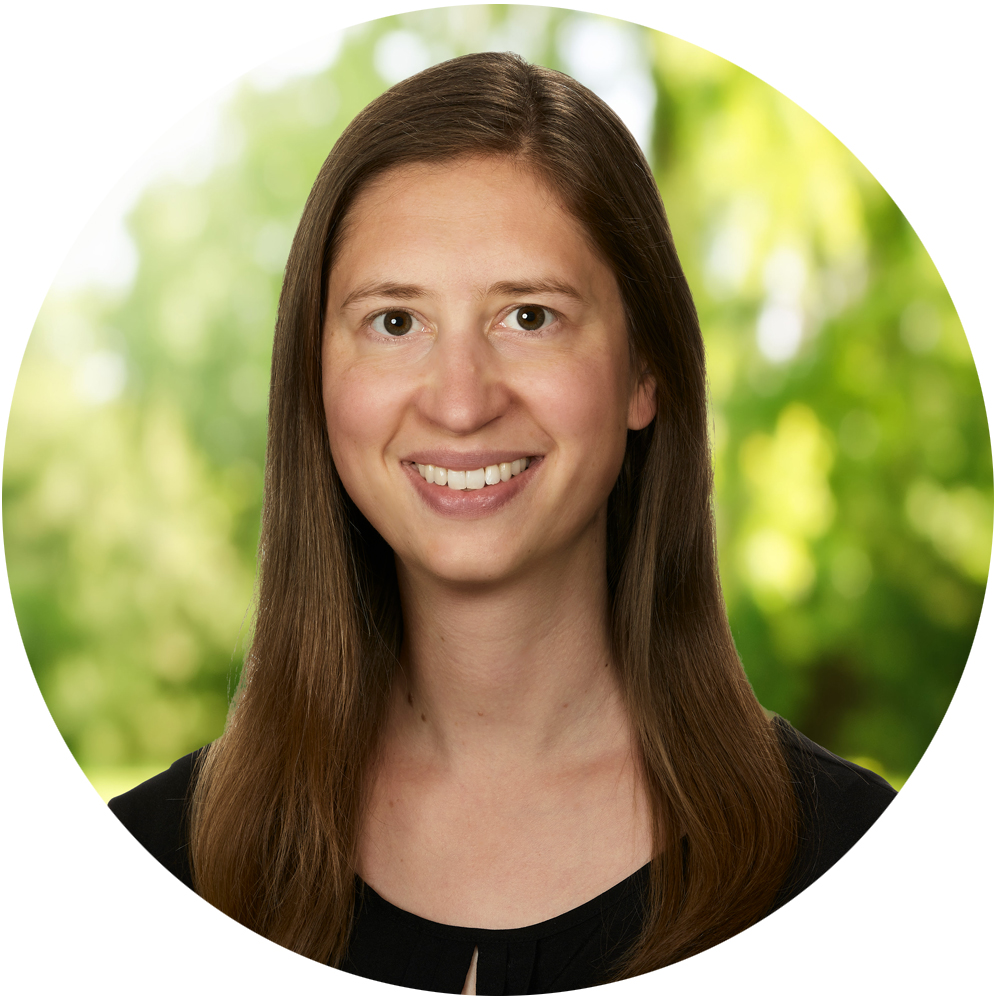 Andrea Schmidt, the electromagnetics section leader of the National Security Engineering Division and recipient of a 2021 ECRP Award, has combined computer simulations with experiments on a novel megajoule-class z-pinch device and diagnostics to develop a brighter neutron flash source that can be used to look inside cargo, suitcases, and suspicious packages.

Neutrons—uncharged elementary particles with a mass about the same as protons—can be used to “look through” objects containing hydrogen, such as fuel or water, but this imaging technique requires an extremely bright neutron source. Andréa Schmidt, the electromagnetics section leader of the National Security Engineering Division at Lawrence Livermore and recipient of the 2021 Office of Fusion Energy Sciences ECRP says, “Right now, if we want to look through an engine to evaluate how it’s working, we would have to construct a transparent engine out of quartz instead of metal. But you can’t run a quartz engine at normal temperatures and pressures. “Instead, our group is developing a z-pinch device called a dense plasma focus to make a bright enough flash of neutrons to reveal objects’ interiors.”

For her ECRP project, Schmidt will combine world-class computer simulations with experiments on a newly commissioned dense plasma focus (DPF) platform, the Megajoule Neutron Imaging Radiography, and diagnostics that, at a fundamental level, will reveal where the plasma current in the DPF flows, facilitating the development of a brighter flash of neutrons. “We can also use neutron pulses to interrogate unknown objects—cargo, suitcases, waste drums, and suspicious packages. Anything we can do to make neutron sources brighter or more portable will open the door to exciting basic, applied, and new operational concepts that support the Laboratory’s missions,” says Schmidt.

Schmidt’s ECRP Award has brought attention to the Laboratory’s DPF group, strengthened her ties to the DOE Office of Science, and provided additional opportunities for her team to publish its research. “We have the opportunity to develop future technologies that will impact many areas of national security,” says Schmidt. “Applications include ensuring the credibility of the nuclear deterrent without nuclear testing, screening cargo for illicit materials, or learning how fuel flows in engines and fuel cells.”

The Laboratory’s Program Development Support Office (PDSO) assists early career staff in preparing competitive proposals submitted for the ECRP each year. PDSO holds proposal writing classes, a roundtable discussion with previous recipients, and a town hall where applicants can share concepts and provide feedback. “Our early career staff have fantastic ideas with the potential to revolutionize science and change the world. We help them write more effective proposals by working to refine their logic, address points reviewers look for, and ensure compliance with sponsor requirements,” says PDSO Director Chris Hartmann. “Livermore ECRP recipients, as well as their peers and colleagues, demonstrate exceptional ingenuity, discipline, and dedication to tackling provocative scientific questions in support of the Laboratory’s mission and national security. The ECRP awards empower the recipients and their teams to have a truly exponential impact on the Laboratory’s mission fulfillment.”