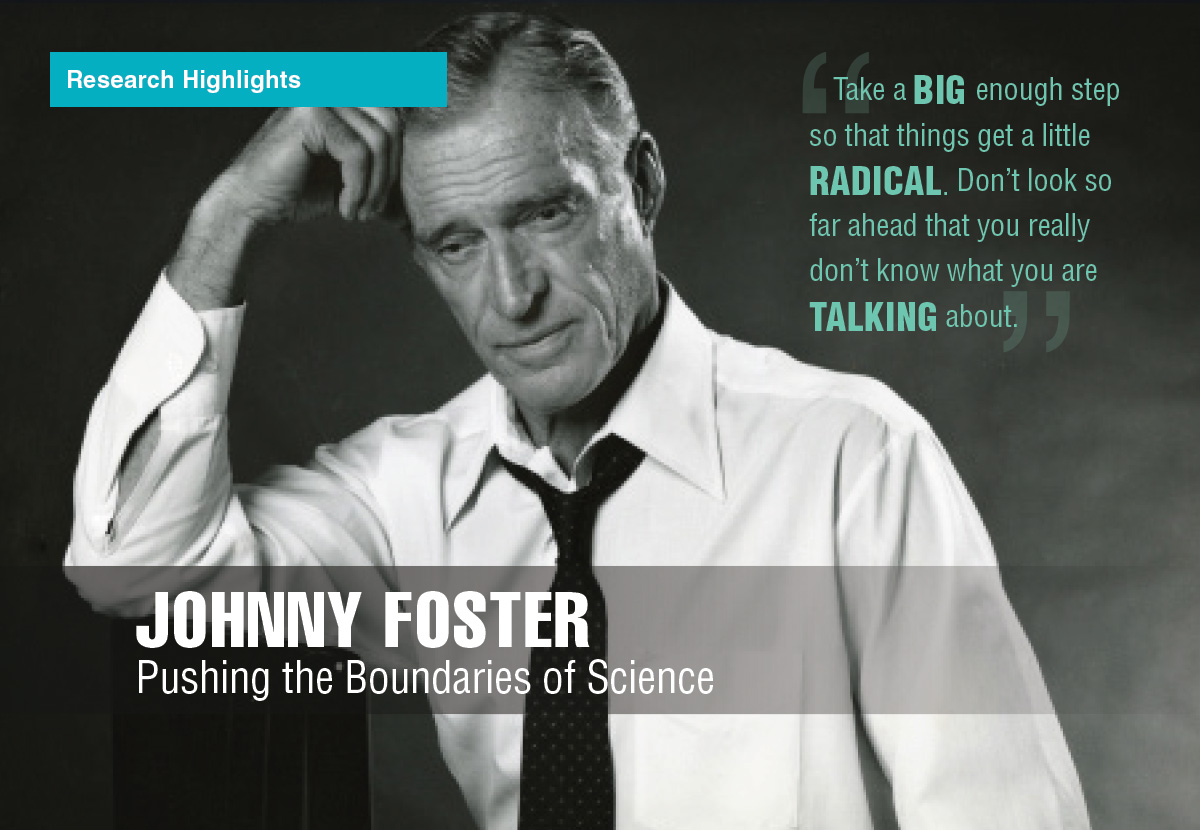 1953. Yucca Flat, Nevada. The devices weren’t working. Two high-profile tests of Livermore’s first nuclear weapon designs fizzled. Based on an idea promoted by pioneering physicist Edward Teller that was, among other things, supposed to reduce the required critical mass of uranium, the Ruth and Rae hydride devices were meant to revolutionize fission weapons design with their small size and impressive punch. The Cold War was heating up and the goal was to construct a powerful, versatile, and compact weapon that could be deployed in combat, require less nuclear material, and counter the perceived Soviet advantage of larger nuclear payloads. Instead, Ruth didn’t even vaporize the tower supporting it. And Rae didn’t do much better. All eyes were on the Livermore team, especially those in Los Alamos and Washington, D.C.

After helping Allied B-24 bomber pilots evade Nazi radar during World War II, John S. Foster Jr., aka “Johnny” Foster, arrived in Berkeley, California in 1949 on a motorcycle to join Ernest Lawrence’s Rad Lab in a group led by experimental physicist Luis Alvarez. Before long, Foster was responsible for developing a massive ion-pump vacuum system for a new accelerator invented by Lawrence. The Mass Test Accelerator (MTA) was crucial for producing tritium and plutonium for thermonuclear research (but was too large for the Rad Lab’s Berkeley campus and led to the acquisition of the Livermore Naval Air Station site). Foster discovered and fixed a design flaw in the ion-pump vacuum system that Lawrence had not recognized when applying for the accelerator’s patent. Impressed with Foster’s ability to recognize a technical problem and his knack for making the tools to fix it, Lawrence suggested Foster use his work on the ion-pump vacuum for his doctoral thesis, and for Foster’s safety, he insisted that he ditch his motorcycle. 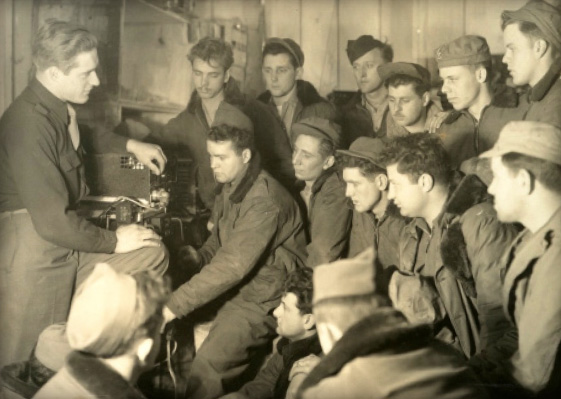 Armed with a Ph.D. in physics, Foster then worked with physicist Dick Post on fusion energy research in Livermore until requesting a transfer into the weapons program. The promising young Foster was appointed to lead the new Hectoton Group tasked with building a better, smaller atomic device and, indirectly, bolstering the Livermore laboratory’s reputation. Herb York, the Lab’s first director, Teller, and Lawrence all fell ill around the same time, leaving the new Laboratory’s weapons program often in the hands of 32-year-old Johnny Foster and 27-year-old Harold Brown, leader of the Megaton Group, who came to Livermore with Foster as one of the postdocs from the Radiation Lab’s Berkeley site. Teller wanted to try yet another hydride device despite Ruth and Rae’s lackluster performance. Foster and Brown had other ideas.

The impact of Livermore’s weapons designs changed the course of the Cold War and earned the Laboratory a personal visit from President Kennedy in 1962.

Foster and his Hectoton Group came up with a design for a revolutionary plutonium-based atomic device that Foster nicknamed “Cleo.” The Hectoton team iterated again and again, removing flaws in each step that could lead to a repeat of the hydride failures. Laboratory director Herb York then threw a wrench in the works: every new hectoton warhead had to survive a “pre-mortem” review where an external group of physicists not involved in the design process examined the warhead assuming it would fail and left it up to Foster’s team to convince them otherwise. The time-consuming pre-mortems frustrated group leaders like Foster, yet they worked. While Teller initially insisted on continuing with a hydride device, he eventually came around to supporting Foster’s design. Then, after 20 months and several weeks of York’s pre-mortems, Cleo was packed into two suitcases in the back of a “woody” station wagon and driven to the Nevada Test Site under the protection of a summer intern carrying a .45-caliber pistol.

Foster couldn’t be sure what would ultimately happen. His intent was to build a small atomic warhead that worked, and his team had designed a weapon that pushed the very boundaries of science. The Livermore Laboratory (then still an adjunct of Lawrence’s Rad Lab in Berkeley) was meant to augment Los Alamos with thermonuclear research, but there was not much need for another laboratory if its weapons did not work. The stakes could not be higher. Early on the morning of Tuesday, March 1, 1955, an extremely bright atomic flash filled the Nevada desert skyline. This time, Foster’s warhead worked with an even greater yield than predicted. Cleo was Livermore’s first successful nuclear detonation, and Foster, thrilled by success, called Lawrence in a rush to deliver the good news, then realizing he had gone over his boss’s head, found York, told him what he had done and apologized for breaching protocol. Within the next two years, Foster led his team to develop the Robin, a prototype atomic device for the future. The successes of the Hectoton Group meant an effective, smaller weapon could be deployed in a variety of situations: atop missiles, aboard submarines, and inside artillery shells. The versatility demonstrated by these successive designs led to the development of the miniaturized Polaris warhead, and nuclear deterrence became a viable strategy. 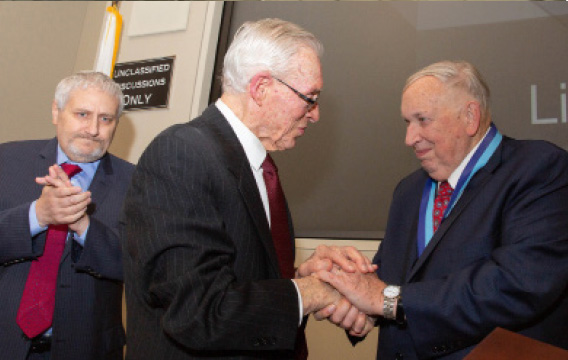 Legacy of a Legend

Foster and his colleagues in California laid the groundwork to keep the Cold War cold, earning them a personal visit from President John F. Kennedy in 1962, where he thanked Livermore’s scientists for helping the United States avoid a nuclear war. With his track record for innovative team science, Foster was asked to be the Laboratory director in 1961 where he expanded the Lab’s national security responsibilities to meet existing and emergent national needs. After time in Washington, D.C. as director of Defense Research and Engineering at the Department of Defense, and then at TRW Inc. where he worked as Officer for Science and Technology, Foster retired in 1988. Over the following years, Foster continued to advise Laboratory leadership on pursuing game-changing innovations in science and technology to make the nation more secure and won many prestigious awards for his service.

In 2015, Lawrence Livermore National Laboratory bestowed its inaugural John S. Foster Award to John S. Foster, Jr. himself at the Center for Strategic and International Studies in Washington D.C. The Laboratory now gives the award annually (except for the pandemic year of 2020) in recognition of demonstrated exceptional leadership in science, technology, and engineering or policy formulation in support of U.S. nuclear security. Medal recipients receive a citation, a gold medal bearing the likeness of John S. Foster, Jr., and a $25,000 cash award.

The early years of Lawrence Livermore National Laboratory were guided by a variety of legendary names: Ernest Lawrence, Edward Teller, John von Neumann, John Wheeler, Herb York, and others. John Foster, Jr. led a life that was influenced by all of them but took a course of its very own. Foster’s biographer, Tom Ramos, a physicist and longtime Laboratory employee, has written Call Me Johnny, a book about Foster’s early years at Livermore. To Ramos, it’s difficult to overstate the influence of Foster’s work on the fate of the American nuclear deterrent. “This one man made difference after difference in service to the United States,” says Ramos.

In November 2019, Linton Brooks was awarded the John S. Foster, Jr. Medal at a ceremony at Lawrence Livermore. A former head of the National Nuclear Security Administration, Brooks was instrumental in the establishment of both Strategic Arms Reduction Treaties, credited with removing 80 percent of the world’s nuclear weapons then in existence. During the ceremony, the 97-year-old Foster, touted by Brooks as a “living legend,” surprised the attendees and rose to the podium. Off the cuff, he remarked on the approach taken by the award’s winners, its namesake, and the Laboratory that pioneered so much over the last 67 years: “Great wisdom, wisely applied.”