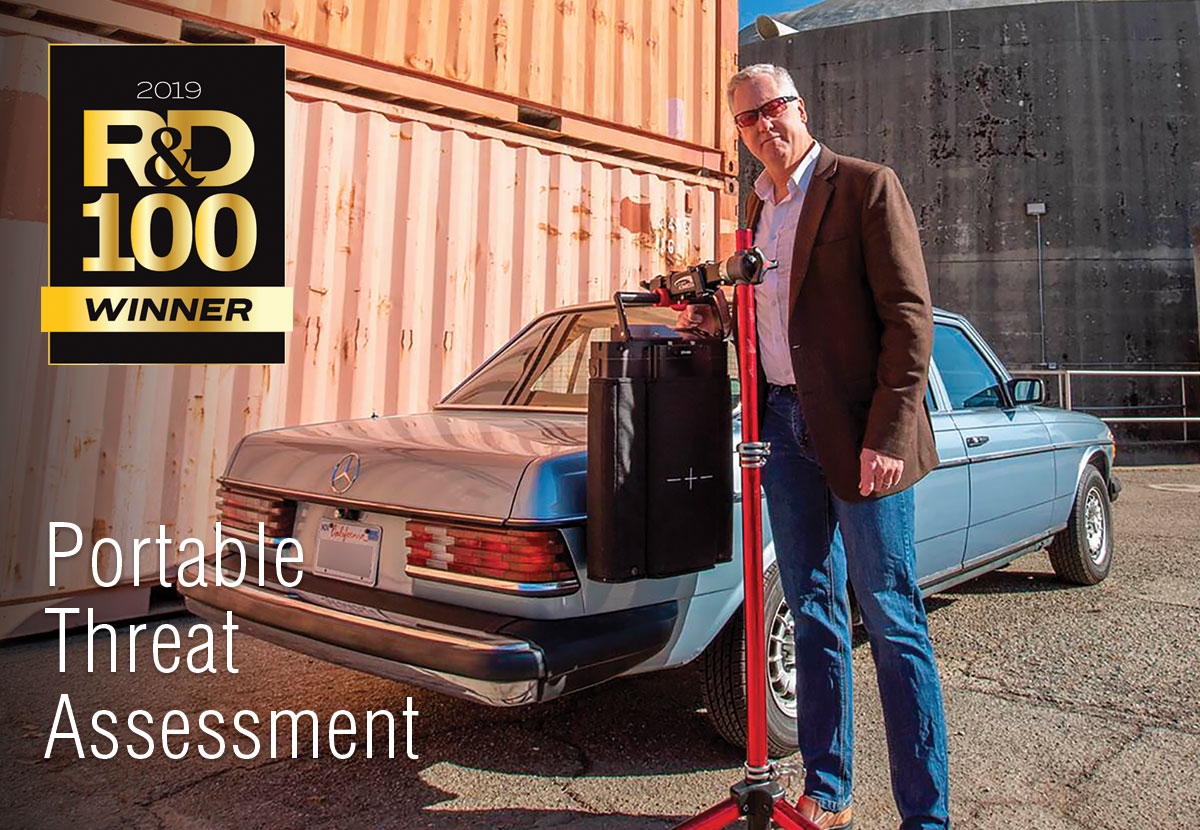 Livermore physicist Sean Walston is a co-developer for the MC-15 portable neutron multiplicity detector (shown here measuring a potential nuclear threat in the trunk of a car).

MC-15 detects SNM based on the principle of neutron multiplication, where the spontaneous fission in a mass of the material may yield multiple neutrons correlated in time. “Neutrons resulting from a fission chain arrive in bursts that are separated by gaps,” explains Livermore physicist Sean Walston, one of the system’s inventors. “This pattern of neutron arrival times reveals the characteristics of the material.” The MC-15 reports arrival time patterns with a resolution of 100 nanoseconds, providing a smaller, lighter, and faster alternative to competitive multiplicity counters.

Operators can quickly master MC-15’s intuitive controls, and the device’s power source—hot-swappable, rechargeable batteries—provides 12 hours of energy with continuous operation. “This detector could be used by law enforcement in the United States and worldwide,” says Walston. “It would be great for one to be available in most large cities.”

The MC-15 detector is named for its 15 neutron detector tubes, which are filled with helium-3 (3He) gas. MC stands for “multiplicity counter” as well as “Mize compromise,” to recognize the team member who proposed the final tube arrangement, satisfying each contributor’s wish list for optimizing the device. Signals from the detector tubes are tagged with the time and tube number of a detection. These data can be used to estimate chain length and the rate at which the chains occur to quantify the magnitude of danger.

Firmware processes electrical signals from the 3He tubes, updates the data every second, then either stores the data onboard or delivers it over a network, reducing the workload for high throughput with a low power demand. The operating software provides direct access to key calculations in the firmware, yielding qualitative, real-time answers—a distinct improvement over emergency response detectors that require data post-processing.

Data resolution from MC-15 is more precise than from most competitors. In addition, two or more units can be synchronized to double the detection efficiency and significantly improve data quality. Walston explains, “The doubles rate, the detection of two neutrons from the same fission chain, is a measure of data quality in this type of analysis. The probability of detecting one neutron is proportional to MC-15’s detection efficiency. The probability of detecting two neutrons is proportional to the efficiency squared; three neutrons, efficiency cubed; and so on.” 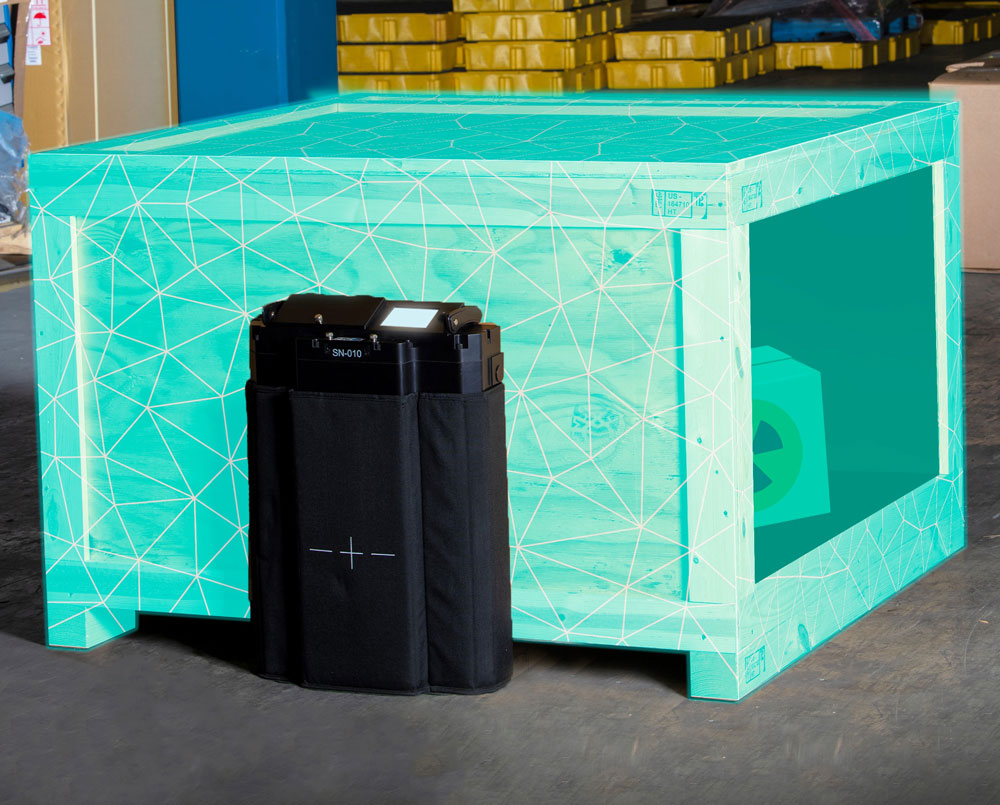 MC-15 (black box) is smaller and lighter than competitive neutron multiplicity counters and is designed to be operated in the field for real-time nuclear threat assessment.

Built for All Environments

To prove MC-15 could perform and provide accurate data in almost any situation, Livermore took the lead in testing the device’s viability in extreme conditions from high heat and humidity to cold, dry, and dusty environments. Vibration tests simulated transportation of the MC-15 by truck, aircraft, and forklift. Researchers even drop-tested the MC-15 detector inside its shipping case onto concrete from a one-meter height. The tests demonstrated MC-15’s successful operation even under harsh conditions.